The past few weeks I have found myself stuck in a barrage of “what if’s?”  It all started while laying on a hard table, my arm contorted above my head, my neck strained the opposite direction, and the upper half of my body naked and exposed.  As I lay still in extreme discomfort, the surrealness of the moment hit me like a ton of bricks.  I hadn’t expected such emotion.  I was just going in for my radiation plan.  After all I had been through, this particular appointment should be a piece of cake.  But instead I felt myself holding back tears as my mind was flooded with feelings of bitterness and anger and loss.  It was just 14 months prior that I had laid on that very same table, in that very same position, as they scribbled on my body and made a plan of attack.  It was just 14 months ago that I was battling a different cancer.  How could I be here again?  Why me?

And then I let myself walk down a dangerous road as I started to question the decisions and mistakes and choices over the past year.  Most of you probably don’t know that while this last cancer was diagnosed in September of 2016, I actually first found a lump in March of 2016.  I had just completed radiation one month prior when I felt a lump in my left breast.  Panic spread over my entire body and I went to my husband and told him that I had found a lump.  The next morning I called my doctor and went in for an exam.  After taking a look at the lump, my doctor felt fairly certain that it was just hormonal changes in my breast.  After all, he had just completed scans of my breast one month prior that showed I was in the clear.  Relieved, I left the doctors office and didn’t give it another thought.  Fast forward to September 2016, while tucking my son into bed I found another lump.  This lump felt different.  It was hard and felt like a marble underneath my skin.  I called the doctor the next morning and after tests and images and biopsies, I was told I had cancer again.  And the hardest part to hear was that I had two masses.  The lump I had found 7 months prior was indeed cancer, and that cancer had sat in my body and grown and traveled and changed my life in every way.

Laying on that table for the second time I found myself lost in thought and my head began to spin with “What if’s”? What if the doctor had biopsied the lump back in March?  What if we had caught it earlier and all of this could have been avoided?  The Chemo.  The double mastectomy.  The radiation. What if I could have spared my family the heartache?  What if I had taken the advice of my husband and spoken up and advocated for myself and insisted on having an ultra sound?  What if I hadn’t been sick in bed for weeks at a time?  What if I still had my hair?  My breasts? What if my cancer has now spread?  What if I won’t live to see my kids graduate from High School?  What if, What if, What if? I sat there paralyzed by fear and anger as the “what if’s” took control of my mind.

Before I knew it I had allowed myself to be filled with questions and worry and bitterness.  Fear had taken over. I had allowed the unchangeable regrets of the past to dictate my present and future.  So when last Saturday, as I sat on the couch, and felt yet another lump in my breast, I completely crumbled.  I lost all perspective and rational thought.  I was in a downward spiral and sinking lower by the minute.  What if my cancer is back? What if it has spread to my organs?  What if I have to do chemo again?  What if I leave my husband a widow?  What if I can’t be there for my children?  Internally I was drowning in the fear of the unknown while trying my best to put on a happy face and enjoy spring break with my family.  But I couldn’t shake it, I had opened up the floodgates and the “What if’s” were filling my mind at every turn.

On Good Friday, after a week of doctors appointments, and exams and an ultra sound, I was told that the lump in my breast was not cancer, but simply an internal stitch from my surgery that had popped out, causing a hard knot just below the surface of my skin. Immediately the hands of anxiety loosened from around my neck, and my mind cleared, and I could breathe again.  And as I sat in church on Easter Sunday, and celebrated a risen Savior who came to earth out of love, yet was rejected and beaten and crucified, I wept tears of loss and grief and shame.  Because I realized in that moment that I had allowed the “what if’s” in my life to overshadow my faith and my hope and my identity.  I had allowed so much darkness in that the light had been snuffed out and I could no longer see beyond my fear.  And as the church around me sang praises and celebrated an empty tomb, I sat in silence, alone with my regret and “what if’s”, my spirit ravaged and sore from weeks of walking down such a dark and treacherous path.

I have done quite a bit of soul searching since Easter Sunday.  I have wrestled with my lack of faith.  I have questioned why I spiraled so far down that I couldn’t see the light.  I have anguished over not being present with my family, over lost time that I can’t get back.  And I keep going back to Good Friday.  The day that God’s unconditional love was fully realized as His innocent Son gave His life for us on a cross.  And Easter Sunday, the day that the empty tomb showed us all that we no longer need to walk in darkness or fear or shame.  The truth is that I had let fear take over.  I had lost sight of Good Friday and Easter and the freedom that we all have in His love and mercy and grace.  I had forgotten His promises in Isaiah 43 – “Do not be afraid.  I have redeemed you.  I have called you by name and you are mine.”

I realized something very important over these past few days.  If my mind is constantly full of “what if’s”, if I’m overwhelmed by mistakes and regret, if my eyes are always looking behind me and focused on my past, I will surely veer off path and lose my way.  Instead I’m grabbing hold of the promises of Good Friday and Easter.   I have traded in my fear for thanksgiving. I’m thankful today that my body is healed and cancer free.  I’m thankful for the people who love me and carry me when my faith is too weak.  Most of all I’m thankful for a God who never gives up on me, a God who is strong enough to reach down into the darkness, a God who can crush my “what if’s”, who can conquer my greatest fears, and with love and grace, lift me gently off the road of fear and shame and set me on a beautiful path to freedom.

~Summing it all up, friends, I’d say you’ll do best by filling your minds and meditating on things true, noble, reputable, authentic, compelling, gracious – the best, not the worst; the beautiful, not the ugly; things to praise not things to curse.~  Philippians 4:8 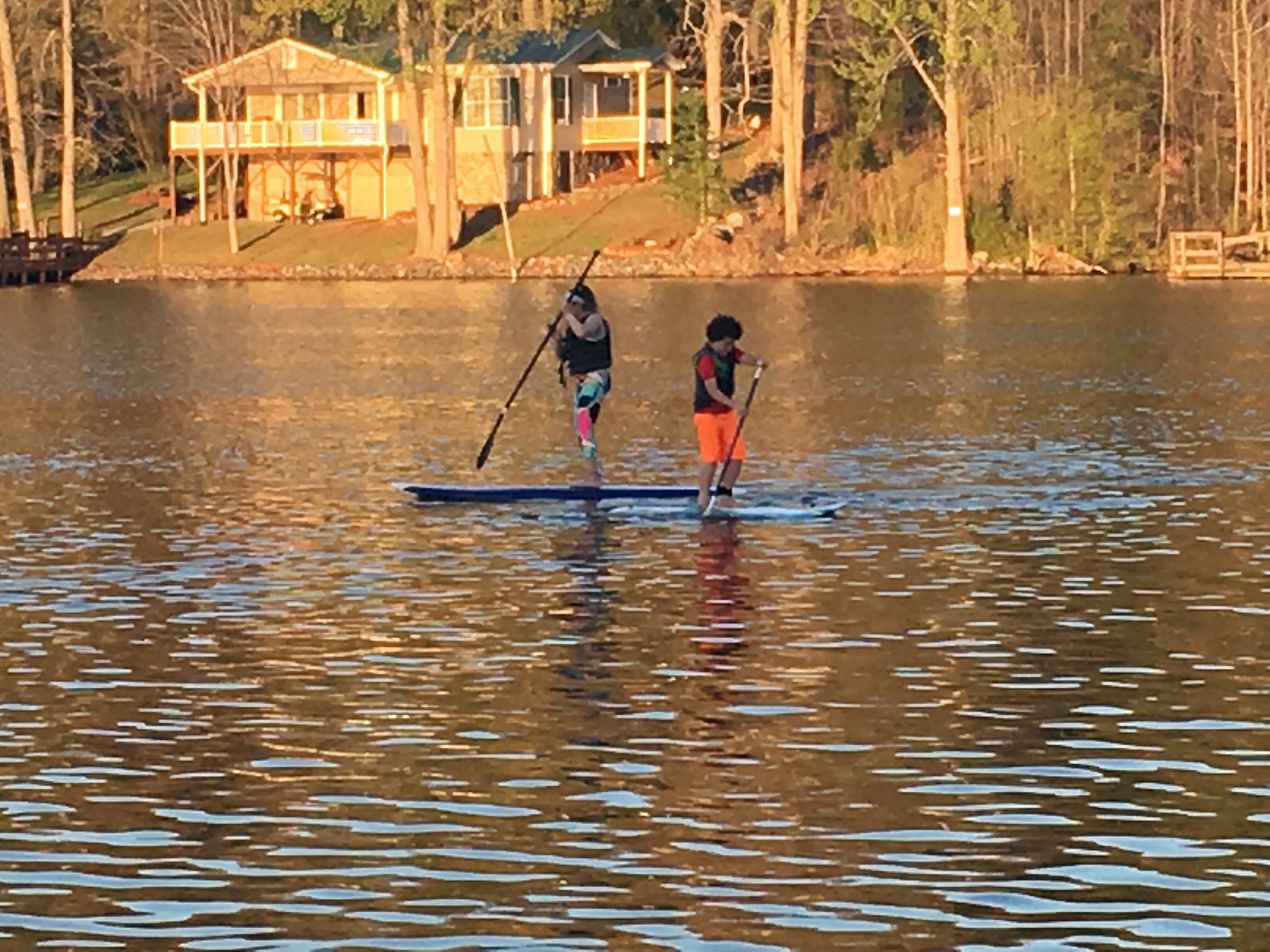 A few pictures from spring break 2017.  There are always silver linings.